I am not really sure if I have mentioned my vegetarian diet (or probably more accurate – pescetarian diet), since my most recent post.  It is something that always is brought up as small talk at any wedding/dinner party/funeral and I thought I would write about it.

How long have you been a veggie?

I have lost count – approximately I started at the end of 2002, though I still ate fish.  I stopped eating fish from around 2006 and started again on fish, occasionally indulging in 2010.  In 2013 it became a part of my regular diet as that is when I really stepped up my gym training.

But don’t you miss bacon sandwiches?

I get asked this all the time – no I don’t, never a massive fan of bacon, roast chicken however…

You’re not going to be preaching to me are you?

No I won’t, a bit like how I believe everyone has the right to have a fitness activity that suits them, I believe that people are free to choose their diet as they please.

Why are you veggie?

When I was younger I would say animal rights, but since having regular access to the Internet and being shamed by vegans that say “I might as well eat meat because at least they put the animal out of their misery, veggies prolong the suffering for dairy produce…” (not an exact quote – but similar).  I would say it is now more for health reasons (though I could easily unpick why a veggie diet is not healthy….)

What if I slipped some meat in your food?  What would you do?

That is just not cool and not funny – why would you do that?  Would you put alcohol in the drink of someone who was battling sobriety?  Wait don’t answer that…

Have you ever accidentally eaten meat?

Yes, fortunately not because someone thought it would be funny to spike a meal.  Usually at buffets where I have mistaken items for being veggie when they have had meat inside and also going to dinner parties with people who don’t quiet understand that veggie food needs to be prepared separate to meat.

Are your family veggie?

No they aren’t – I am the awkward one and my mum was delighted the day I left home as she doesn’t need to prepare a special dish for me!

How do people react – when they find out your veggie?

As mentioned – most people use it as a tool to make small talk at social events – most asking many of these questions.  I have only had one person react badly and be very rude about the situation.

Sure thing imaginary person asking these questions, I even made a jpg for this one… 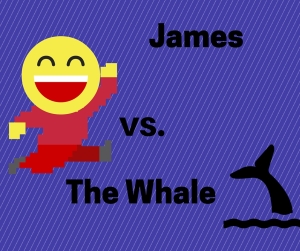 My best friend invited me out for dinner – he had invited a number of his friends, many I had met before – but I would describe none as mutual.

His 300 pound fat friend with an attitude problem was there, prior to eating we had got on quiet well without her expressing her ignorant opinion about something. I have previously mentioned this person, who blames her who has blamed her bludgeoning weight on a ‘thyroid problem’

Before this, once I gave her a lift home and stalled the car, to which she laughed and said “Ha – you stalled it!”.

It was only because of the extra weight and inability to reach the gear stick because her fat gelatinous arms covered them that I stalled it.

I thought to myself “Yes but only because I am not used to the extra weight!”

Instantly I wished I was more of an arsehole who would say more of what he thought rather than keeping quiet.

So anyway – we did well to not have any major tension and we sat down and waited to order food.  As the land whale slurped down her bottle of red wine while ordering something big and greasy with a couple of sides, I struggled what to order as there was not much that appealed to my limited choice.

So I decided to go with the simple option – the veggie burger.

When I placed the order, chubs big fat rounded face scoffed and gave a throaty laugh in a way that someone so fat that there internal organs where being crushed could laugh.

“Ha ha, are you not a real man or something, you should eat meat, after all its natural we are hunter gathers!”

I wanted to pick apart her logic, as the only thing she hunted for was the take away menu.

She continued talking bollocks and I was losing my appetite to eat.  “Real men eat meat!”

What would she know about a real man I thought?  Even the most realest man would not be able to penetrate his way through all that fat – at best he might rub up against a bit of thigh.

As the food came and tried to enjoy my meal in peace she couldn’t help but continue talking shit with food in her mouth.

“I think your the last person who should be judging someone on their dietary choices” I said quietly – it wasn’t loud enough that she heard, but it was better than keeping my thoughts to myself.

I quickly rushed my meal, left some money and went.  As I was walking out I heard fatty asking where the dessert menu was.

And that was the only hostile reaction that I have received to my dietary choice, everyone else has been nice and I don’t think this negativity is needed, meat eaters and veggies can unite….