Let’s say I asked you to put together a bucket list – a list of things that you want to do before you die.

Before reading on, take a minute to think about what those things would be.

Done it? Okay I will continue…

Without even knowing you I bet it included something of the following:

And that is why I dislike bucket lists. 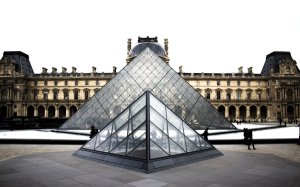 The Louvre in Paris – you can spend four hours waiting to get in with all the other tourist or you can go and experience much more.

A while ago I thought about adding a page feature where I would create my bucket list of things that I have done and things that I would like to do and gradually tick them off one by one like working through like some life shopping list.

It felt so fake and lacking substance.

When I had to Google what I should add to my bucket list I came upon the realisation, by doing so I would be doing what other people think you should do before you die and not what I wanted to do before I die.

Run with the bulls they said, it would be fun they said.

Upon research on bucket lists I came across this site: Bucket List Journey, by a travel blogger called Annette.

Looking at her bucket list page summed up exactly why I hate the idea.

At time of viewing she had 882 bucket list items!

No one has 882 things that they must do before they die, the whole point of a bucket list in the first place – it’s some concise must do moments.

When you get to your deathbed you wouldn’t be sat there through the list of 100’s dwelling on the fact you never tried Spelunking.

The Great North Run – enjoy the experience of trying to beat your half marathon time while overcoming the challenge of being part of the Guinness World Record for “Longest Human Centipede”.

882 things just aren’t special – it’s like if you have 882 Facebook friends, I am guessing that you would be lucky if a dozen of them actually meant anything to you.

Perhaps I am wrong and maybe bucket lists should be as big as each individual wants it to be – I just don’t see the point of writing things like:

I wasn’t a big fan of school or the people who went there so why would I want to see people I no longer have anything in common with before I die?

Another good one is:

Perhaps I am just a philistine who just goes to the local McDonald’s when I am on holiday, but something I eat or don’t eat abroad isn’t some death bed regret! 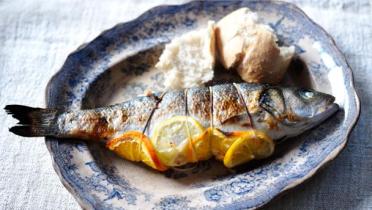 Another reason I am careful with international cuisine is I like meals that don’t look at me as I eat it.

Are you serious?  90% of your blog is dedicated to travel – surely the 750+ bucket list item related to your holidaying covers that?  It’s like saying “drink a beer” and then breaking down every type of beer you would like to try.

“Take a trip with mom”

… yeah I used to do that all the time, it’s called being a child .

Anyway I didn’t mean to turn this into a post where I picked on Annette, I have much respect for how she’s just found a great way of monetizing her holidays by appealing to the aspirations of others wanderlust.

The overall problem with the bucket list is that all you are doing is creating a bucket list with unattainable goals, clichés and things that when you really think about it you don’t really want to do but probably felt you should add to sound more interesting.

If you are serious about the items on your bucket list I would recommend turning them into real, obtainable goals rather than some pipe dream ‘want list.’

Ohh!!! Skydiving – the experience of getting your arse strapped to another man’s crotch.  If that’s your bag I recommend Canal Street in Manchester.

The bucket list is written as a static entity – it doesn’t take into consideration as life goes on things change and don’t appeal so much anymore.

“Go to a festival”

I have never been to a festival and at the age of 34 I actually don’t want to – as an 18-year-old into bands and girls, a crazy weekend roughing it away from home might have appealed.

Now it just seems like an inconvenience – sleeping in a tent, queuing for a dirty portaloo and in crowds full of dirty drugged up and drunk people in the mud waiting for some band who is 30 minutes late and upon arrival feel a god given right to start lecturing you on their political views before proceeding to promote songs from their new shitty album when all you wanted was the hits.

Hey man!  Remember that time we went to the Download festival – we were kind of near the front watching Foo Fighters – how awesome was that?  Not really, all I remember is getting bombarded with people chucking bottles of piss.

If I died tomorrow, I would have no regrets about never going to a festival.

The unplanned is where the awesome death bed memories happen…

Having a bucket list doesn’t consider the awesome things you do in life that aren’t planned and they always turn out to be better than the things you want to do.

The things I remember the most are those that I didn’t write on a list saying that I must do them – I never planned to do them, I was just in the right place and the right time and I thought “Why not?”

Therefore I recommend as an alternative to the bucket list is to live life as much as possible to increase your opportunities to find those experiences that you will remember right until your last day – travel by booking your holidays on what takes your fancy that day, hang out with friends, family and take any unplanned opportunities as much as possible.

I could go here and be just another idiot pretending I am holding up the Leaning Tower of Pisa – ha, ha, ha!! You’re so witty and original!

How living for the moment is better than the bucket list

By following this approach I got the pleasure of going in an Indian Canoe in Canada on a lake at Sun Peaks.  One minute I was sat in my hotel, the next I was paddling along admiring the scenery with the mountains in the background as I imagined myself following in the footsteps of the pioneers who originally explored Western Canada.

I never wrote that this was something I must do.

Another time I was sat bored watching the TV in a hostel in Ottawa.  When the owner said, “you can’t leave here without skating on the Rideau canal!”

I replied “I don’t have any skates”

Because this was Canada they have raggy old skates kicking around like everyone else has socks.  He pulled out a big box and asked “What size are you?”

45 minutes later I was gently skating down a perfect frozen canal – it beat the hell out of skating around the tiny rink I learned to skate back in Yorkshire anyday!

The only real planned moment that lived up to the hype was getting married – but even then the things I remember most about the day where the unplanned things we didn’t expect to happen!

There are lots of things I have done –  I have traveled to three continents in this world so far, lived in Canada, got two degrees, learned to drive, did stand-up comedy, saved someone’s life, fell in love, become a manager – all experiences in my life.

Some people think that they have to spend loads of money to show that they live their life to the max.

You see them everyday posting on Instagram with fake posed shots with fake smiles to give the illusion of having a good time.   What they forget is the stuff that happens beyond the camera, those you don’t share with the world,  the unplanned things – they have always been sweeter! 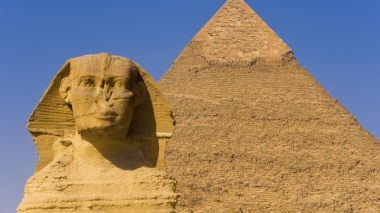 The Pyramids in Cairo – enjoy seeing the dawn of civilization and fighting off 100’s of beggars trying to get dollars from the “rich” westerner.

There are still things that I want to do, but I don’t feel this pressing demand of some checklist that says “I must do this before I die, otherwise my life is worthless!”  I will just do them when I can and if I die before doing it I will just take the mindset that I probably wouldn’t have enjoyed it as much as I thought I would have.

I don’t need to write down a list of over a 1000 words to show that I lived or how I intend to live, I don’t need to document each little thing I do on Facebook, Instagram or even here –  my memories are what remind me of when I lived!

So whether it is going to the Pyramids where you have to fight off 100’s of Arabs trying to sell you stuff you don’t want, running the New York marathon where you won’t even get a good time with the number of people running (run local instead), boring cliche Skydiving – I implore anyone to shun the bucket list and just live instead!

This is a repost of an article I wrote in 2016 and probably one of my favourite things written.

I stand by my belief bucket lists are bad.

They may be great for news stories and SEO popular fluff content, but they are horrible for setting any profound, serious goals.

More importantly, they take away the sensation of experiencing life.

PS. Annettes 882 items has now increased to 1125 – good luck remembering all that shit in the nursing home!