Show em’ what you got

There is a reason they say actions speak louder than words.

And that is because people despise people who talk about what they want to do or what they have done in the past.  That is no good for other people – it may be a combination of envy or just that it is blatant bragging but talking doesn’t produce the results, actions do.

So don’t tell them what you can do – show them!

But how do we show off to people what we can do without coming across as a child wanting validation?

I learned from an early point to let my actions do the talking.  I am proud of my background and achievements, but to mention them could come across as bragging.

I worked a job and a lot of the tasks where pretty uninspiring.  One of the jobs was to collect together a bunch of meeting dates and their submission deadlines which would be presented on the organisation website.

Pretty uninspiring right?  How could I impress?  My only option was to turn ‘shit into sugar.’  Basically, this means making the most of the situation to your advantage.

Straightaway I knew that I could do something better than that.  My organisation is quite high on something called SharePoint and its features would suit a list of calendar dates perfectly.  So I built my own website from scratch, creating an online calendar which could be easily updated by anyone and many useful features.

Instantly I made a massive public statement and by taking this approach I benefited in many ways:

Not once did I talk about what I could do – I showed em!

I benefited because I was given more challenging work to see how I ran with it, which paid off as I went on to be promoted.

Moving up in the organisation, I decided to follow the same formula – but it wasn’t working and I soon realised that I had not been selling myself well enough to get myself noticed.

It’s easy not to be noticed for hard work – every day we walk down the street and never appreciate it is clean and litter free – all because of the hard work of street sweepers. 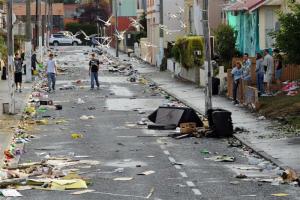 And that is when you know the street sweeper has not been doing a good job!

And that was my predicament I had done good work, but how could I get others to notice without coming off as a bragger?

I contemplated for ages how to show people what I could do.

I was talking with my manager about a website I had revamped and was eager to launch it.  Before I did that he wanted me to arrange a meeting with the project managers to get feedback on the content.

I didn’t get much feedback for improvements, which I suspected as I had already planned carefully of how it would meet stakeholder needs.  But I did find myself on the tail end of all the buzz about what a great site I had made and how it was better than the current site.

Overnight I had got myself noticed and proved how valuable I was to the team.  I am now working on building this momentum.

New ways to inspire and impress

To keep showing people what you can do you need to keep thinking of new ways to impress, otherwise, the humble brag is just a brag.

And that is where you need to be truly innovative:

I have found moderate success with my show em’ attitude, I don’t know how well it will work further up the ladder, but I like to think it has helped me get my footing on the way up!