On Sunday I took part in the Major Series, in the Northern heat in Wetherby.  The weather was sunny, although very windy, so it got cold quick if you weren’t moving. 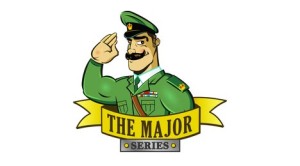 This was my second obstacle race, with Spartan being my first.  The distance was more than the Spartan, being between 10-12km.

There was an option to do a 5k, but that was called the Minor which, as far as the ego is concerned, isn’t very encouraging.

I was concerned about my ability to do the race, as I had dropped the squat bar on my right arm, however when I looked at the obstacles I realised a lot of this relied on running and lower body strength.

It was a well organised process, I received all my racing gear in advance, so there was no need to mess about registering – just turn up at the wave start time and go.

Parking was straight forward, going onto a field, though I imagine it would be a nightmare getting cars in and out on a wet day.

Atmosphere was good they had the DJ, plenty of toilets, changing facilties and a place to drop off car keys.  As my family came to watch, concern about baggage was not an issue.

When my wave set off at 10:30, I was about third row from the front, I soon found that my competition was lagging and forced my way to the front where I was running with the top eight at a manageable pace.

I reached the first obstacle which was a mud trap, which we were required to crawl through, I think I might have been too eager to challenge the leading group but I landed straight in the thickest part.

I was stuck, I struggled for about 3 minutes, trying to power my way out.  This tactic did not work, so I found some dryer ground and used that to help me get out.

Unfortunately due to this early fuck up I lost the leading pack and for the rest of the race would not see them again.

I proceeded to get to the second obstacle, where there was a lot of shouting and screaming from the laggards, who I assume were from the 10:15 wave stuck in the mud.

This surprised me as I thought with a 15 minutes head start I would not be seeing anyone from the previous wave so soon.

This was a general trend throughout the process as I encountered large numbers of people walking or running ahead and stopping to look out for their unfit mate.

Fortunately the laggers only got in the way a few times (on some climbing ropes and through a bog pit).

I found the whole run a real test to my cardio, as it was through mud, up/down hill, trails.  I would not recommend doing this race unless you can do 10k with only a mild discomfort.

They had electric wires, crawls under barbed wire and water that got up to neck level (from someone who is 5’11).  I handled the water by doing a front crawl, but due to the coldness my heart pounded heavily.

There were also big guys with pads, which seems to be a common occurence in obstacles races.  In Spartan I made the error of charging straight at them and was knocked on my arse.

This time I used my training, to do a quick side step and easily got through.  To be honest I think they enjoyed putting more effort into pounding the shit out the walking laggers.

Towards the end there was a requirement to work as a team and do a wheelbarrow, which was no good for me as I was walking on my own. 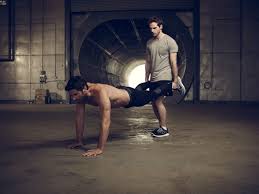 I had an awkward minute wait while I hung around for someone who did not have a partner.  I ended up with a 100kg rugby player looking bloke.

He excelled in carrying me to the point, but in the switch over he did not have the cardio strength and I struggled to get a hold of his thick legs.

Then there was a slippery slide down hill.  I did not stop at the plastic sheets, rubbing against the grass.  It was at this point I noticed my race number had fallen off.

There were a couple of crawls in tunnels, one through ice which was nice to rub on my sore ankles.

Then there were some straw bales to jump over, however I used a rolling technique which I found was lot quicker, didn’t completely kill my running momentum and was able to over take a number of people doing this.

To finish off the last obstacle was some bright pink space hoppers, which was being abley led by Breast Cancer UK.  To make you look even more like a tit, this was surrounded by the biggest crowd of spectators.

After running all that distance, this was like hell itself as my legs burnt as I bounced along, I noticed many did not have the patience for this and jumped off before reaching the finish line (cheaters).

I reached the final stretch and sprinted my way home, improve my time by a few seconds.  As I charged to a stop I was handed a dog tag style medal, t-shirt, flapjack and sanitary wipe (that was no use).

I was covered in mud and there was nowhere to clean off, so I  quickly got changed in my car to stop myself freezing to death as I waited for my friends to cross the finish line.

Overall I really enjoy the race – it was challenging and it pushed my cardio ability and mental toughness to its limit.

I was frustrated at times by some of the laggers.  I will avoid them in future by doing the first wave of the day.

On a positive all the obstacles felt they had a purpose (i.e no Spartan style wind up the Kettlebell on a string with a stick exercise), however those looking for obstacles to test upper body strength would be disappointed.

In good news I managed to keep my new trail running shoes secure to my feet the whole time, however many people hobbled across the finish line with missing shoes.

Obviously I would not recommend doing this race if you are a bit squeamish about mud.

In the end I managed to do the course in 1 hour 30 minutes though am confident if I had a clear path ahead of me could probably do this in 1 hour 20.

The Major Series is going to do the same race again in October, which I am very tempted to do.

For a good book on Obstacle Racing check out: Spartan Up!