One Way System Hell: The Road Trip to Leicester 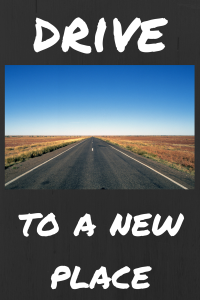 Goal: Drive to a new place

One of my new year goals was to drive somewhere new.  It was over a year since I past my driving test and my main experience was the commute to work.

When I decided to do a race in the Midlands I saw it as a chance to push those skills – I would also be seeing a friend who lived in Leicester – a city drive would be even more challenging!

Experiences and what I learnt:

I drove on the M1 for the first time

The drivers on the M1 are more aggressive and go faster than other motorways.  My car – Boxy Brown was going at 80mph and despite this, drivers in the other lanes still shot past me.

This was purely accidental – I had planned to park just outside the city centre.  My Sat Nav did not take me to the correct road so I ended up going right through the middle, stuck in a One-Way system in the main shopping area.  I did not enjoy that.

In the end after avoiding pedestrians with a death wish I parked nowhere near where I had originally planned and ended up meeting my friend a bit late.

I got lost in a village

I should really have learnt from my earlier Sat Nav experience.  I ended up following it blindly to my hotel.

It took me to the right place there but there was no suitable parking so I got stuck in a market town one way system and had to go the long way round because a road was closed off.

On the second time round I read the road sign wrong – missed the car park and ended up doing another lap of the village one-way system.  I got to lie in my hotel bed eventually.

I got lost and ended up driving to a farmers house

The next day I had a race.  I really had not learnt from my previous two Sat Nav mistakes and instead of taking me to the race, it took me to a private farm road and I ended up at a very nice farm house.

As the place was quiet and there was shivering runners waiting to start, it was obvious I had come to the wrong place!

I drove further down the road and found cars queuing to the event.  Apparently a car had got stuck in the mud so they had to pull it out.

I was a bit apprehensive how I would manage to navigate the muddy field with Boxy – a 1 litre engine car.  I took it quickly in a low gear and managed to park Boxy without a problem.

During the event it rained some more.  I was a bit concerned that I would not be able to get out and as I approached my car I saw a few 4×4’s stuck in the mud.  If they could not get out, how could little Boxy?

I took it slowly reversing out.  Then I went to go forward in 1st gear, taking it easily as I did not want to bury my wheels in the ground.  There was a bit of resistance but I did not stop and kept moving on.

As I drove Boxy Brown away, a tractor arrived to pull out a 4×4.  I felt quite proud of myself.

So what next for this goal?

This goal was intended to be a little project to boost my driving confidence.  I have already made plans to drive to the sea side and the lake district, therefore I do not see it as necessary to develop this goal further.

2 thoughts on “One Way System Hell: The Road Trip to Leicester”