I had been told I had been ready for the next level for the last three months.

The only problem was where I worked has recently had a freeze on recruitment, so I didn’t have any opportunities to move up.

So I grew restless and impatient and decided to look for work elsewhere.

It never felt quite right as I filled in the application – I struggled through it even though it didn’t feel right.  To try and make me feel better I asked those close to me their thoughts.

It didn’t matter what they said, I was always going to end up doing my own thing anyway.

The doubt had already set in, but I decided as I had put all that time filling in the application, I might as well submit it.

My attitude was, if I got an interview – I would go for it.

If I didn’t get one then it didn’t matter I would be patient and loyal – focus on becoming even better so that I was ready for when the next opportunity arose with my employer. 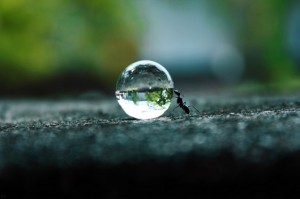 It was quiet for a while, and a long period of time passed.  I assumed that they didn’t like my application, understandable as I had kind of half-arsed it towards the end – it probably showed.

But then a week later I got an e-mail asking me to attend an interview.  I wasn’t so sure about it and my thought was to turn it down.

Instead I accepted – I told myself that I was going along for the experience.

The night before the interview I couldn’t sleep – I had done zero preparation – but it didn’t bother me, it was almost like I was deliberately  sabotaging my chances of getting the job.

It got to about 3am and I started thinking it through:

From that my mind went wild with my ambition.  And for the first time in my life I had a vision of who I wanted to be.

I wanted to be loyal to my company  – the place that I got my start with by being responsible for topping up the printer paper, before I was trusted with more serious stuff.

I had made a good impression and had been rewarded for my hardwork with a promotion, where I progressed learning the foundations of project management and even put me through a course – PRINCE2 giving me my first legitimate Project Management qualification.

Why would I want to give that up?

I saw the future that I wanted – to continue working my way up a step at a time – taking on all of the demands and challenges of the role, using my initiative, my creativity, my people skills to become a more effective project support, until the day where I saw myself as a Project Manager.

My vision didn’t stop there, I saw myself moving up as a true company man into more Senior Roles, until I am leading a whole Programme, a whole directorate, perhaps even a whole organisation.

Sure it’s ambitious, but there was something satisfying knowing I would progress up that ladder one rung at a time.

The next day I scribbled down some questions for the interview, I figured I might as well fake some enthusiasm.  The building of the interview was very impressive – it felt like the big time, but it’s not where I saw myself working.

But I knew the role wasn’t for me.

None of it worked for the life I wanted

You may wonder why I went for the interview if the job wasn’t what I wanted.  Sometimes to understand what you really want you have to try going for the things you don’t actually want – this puts things into perspective and you can reassess your wants and desires.

I went back to my regular job.  I smiled – I then continued to work on my task.  My vision is to treat my job like an apprenticeship, learning as much as possible, then when not much more can be gained, moving elsewhere in the company, gradually up that ladder, working exactly to my vision.