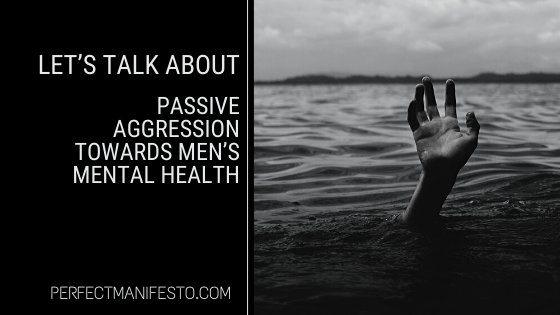 It was another day at the office, as I prepared my morning breakfast I got involved in the usual kitchen conversations:

“Did you hear about Mike?”

Ellie my colleague asked, with a touch of sneer in her voice

“…he’s quit to go work helping men or something…”

Ellie gave a smirk, the type you give when you think of a funny joke you can’t wait to say

“… I mean… men.  That underprivileged group they call men…”

I politely smiled at her sardonic tone, but couldn’t help feeling anger inside, thinking of the time I hit rock bottom a few years prior, where I endured harassment from a manager.

One lunchtime it all got too much, so I took a walk to the canal and, staring at that murky brown water debated whether to throw myself in and see what happened.

Literally, sink or swim… a decision that seemed appealing left to the fate of the Gods.

But sound reasoning won in the end, like Tupac, to steal his words

“I once contemplated suicide, but all I could see was my momma’s eyes”

But Ellie always comes to mind whenever I hear discussions about the difficulties experienced reaching men to support their mental health issues.

“…That underprivileged group they call men…”

This was my first experience of a hostile, passive aggressive attitude to men taking steps to look after their wellbeing.

It’s unfortunate to say, but it hasn’t been the last.

This has raised questions – “why aren’t men seeking support as much?”

I like this post from John in Bristol – Just Telling Men to “Open Up” is not enough, I do relate and agree with these reasons.

Unfortunately, the thought of men accessing the services available does get a small share of passive aggressive eye rolling and snarky tweets.

Being born a man means not having battles with mental health?

The latter is just a laughable notion spouted by the brainwashed, tell that to the thousands of men who commit suicide every year.

My own wellbeing journey has led me to researching the issues behind my lack of confidence, imposter syndrome –  a phenomenon associated with the belief when a (successful) person sees themselves as a fake about to be found out.

I found this syndrome a key part of my personality and was quite eager to do reading beyond Google and ended up on one of those ‘best book’ lists, when I came across this statement:

People actually paid to spout this…

Ignoring the bizarre contradictory statement that imposter syndrome doesn’t impact the white man, and yet it does, brings on the view that men are somehow anti-fragile to psychological issues.

Apart from the obvious reason to hate this viewpoint, it’s a weak mindset to have as that would make you a defeatist – believing that being born a certain way helps or hinders progression!

Men get more breaks, so shouldn’t get focused support

An argument is that being a man is the biggest break you can get, so to even the score men should be neglected at the expense of other groups.

But we’re not talking about evening out a particular part of the job market here, but human lives!

This rhetoric takes a massive assumption that men do okay for themselves so don’t need that support.

Expect when they aren’t doing as well as you think!

What if they are in poverty?  Vulnerable?  Lack mental capabilities?  Even if they are one of the few earning a six-figure salary does this mean they deserve less humanity?

We can see from the stats men aren’t accessing mental health services as much as women, but can we be faulted and excluded from any health promotion campaign for not utilising facilities?

This could be a particular argument for any public health campaign – if a particular group doesn’t take action, why bother?

Because it’s the responsibility of health care to encourage preventive action to protect the population on issues that impact their social groups from providing HPV vaccines to young girls, sexual health campaigns to young people and encouraging HIV tests amongst the LGBT community.

Forget identity politics… support each other

To anyone wrongly thinking I’m trying to paint women as the villain of this piece… I’m not – you only have to look at the outpouring of support on social media from both genders championing men to take proactive steps on their mental health.

From personal experience it was two female colleagues who noticed the dark place I was heading and lent me their support o escape, a gesture I’ll be grateful for until the day I die.

Mental health is not the place for identity politics, nor to be monopolised exclusive for one group – help each other out, listen, don’t judge, provide whatever support the person needs, we are all human, after all.

If you are suffering with your mental health, please talk to someone.

I have listed some lines for Anglo speaking countries (Correct 24 December 2019): 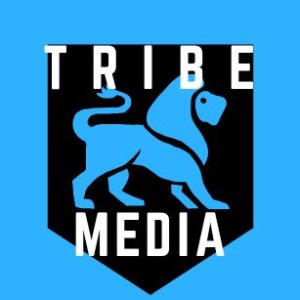 If you aren’t aware yet, I write for the Tribe Media newsletter a resource aimed at men to support and inspire around addiction, recovery and mindset.

If you would like to read more writing from myself and some other great minds, then why not join the Tribe Media newsletter.

(Women are also quite welcome to sign-up, though note some of the content is tailored at men!)