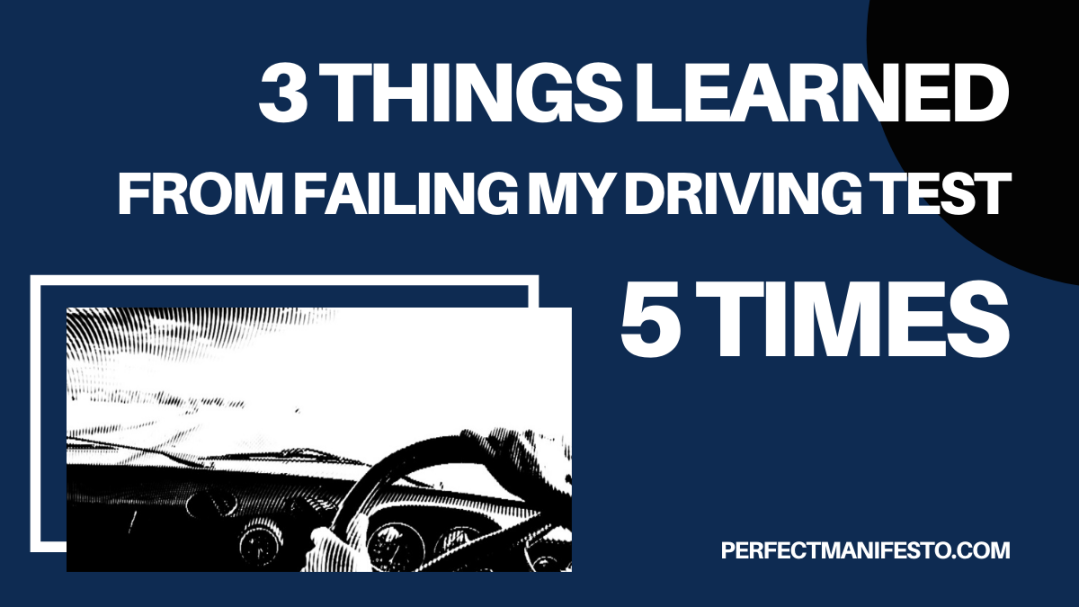 Do you want to know a fun fact about me?

The first time I failed my driving test was because I nearly ran over another student as I was leaving the test centre.

The worst part was having to sit the next 45 minutes, knowing that any effort to show I was a safe, dependable driver, were totally pointless because of that major error marked on the test sheet.

Although the four other times I failed don’t have an interesting reason behind it, those difficult days taught me more about failure, than any other experience in my life.

These are the three main things I learnt about failure, by failing my driving test five times:

Your competition is yourself

When I started, I wasn’t the only one learning to drive – several of my work colleagues were going through the process at various stages.

Although this didn’t seem an issue, when someone passed their test who had started learning after me, I felt the pressure to perform.

My own self-talk was negative:

There was a lot of talk in the office about driving and rather than focusing on myself, I got competitive – I did not want to be last.

Failure followed failure, and when people tried offering advice, I just felt embarrassed I couldn’t achieve something everyone else had done.

The difference, when I eventually passed, against all the failures was I had stopped thinking I had to be successful to prove something to others.

No one wants to keep losing

When I tell people I failed my driving test five times I get a similar reaction:

Disbelief with an amused laughter.

At least the more considerate try to stifle their laughter.

This could be taken personally, but I decided years ago I would own these failures, which is why I’m always honest about what happened.

This tells me more about the mentality of people – no one wants to keep losing. 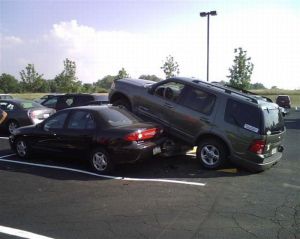 When someone wants something, no matter how much they desire the end result, they don’t want it enough if it means putting themselves in a position of constant failure.

That feeling of humiliation and disappointment becomes a fear.

So, they choose to avoid it and go do something else.

I don’t blame anyone, it’s hard to keep having setbacks that make you think you’re not good enough again and again.

Blessed are the thick skinned

In my own life, this is the only situation I’ve been willing to keep pushing myself through despite failing lots – and that’s only because I’d got sick of four hour trips on public transport that take an hour in a car.

The Power of visualisation

When I started learning I sucked at turning in the road.

My instructor made me keep practicing, but I just didn’t get it.  I could barely make a quarter turn, never mind turning round once in a nice circular motion.

Then a relative suggested I sit on a chair with a plate and visualise making a successful turn.

My initial thought was:

Are they having a joke at my expense?

Yet, when I came to the next lesson – nailed it in one.

All from sitting on a dining room chair spinning crockery around.

And using visualisation help me to finally past my test.

A constant problem was my lack of ability to use my mirrors properly.

On my fifth failure I was burnt out and as I was going to university, I used this as an excuse for a break.

During that time, all I could think about was how to check those damn mirrors, I would be driving now.

And when I got the guts to get behind the wheel six years later, my checking of mirrors had become flawless.

If there is anything this experience has taught me, if you want something, then failure is inevitable.

My advice for anyone who wants to get on – accept that failure.

Now go get it.

If you want to receive more content about being a father, taking care of your health and striving for life long self-improvement, then why not join my mailing list?