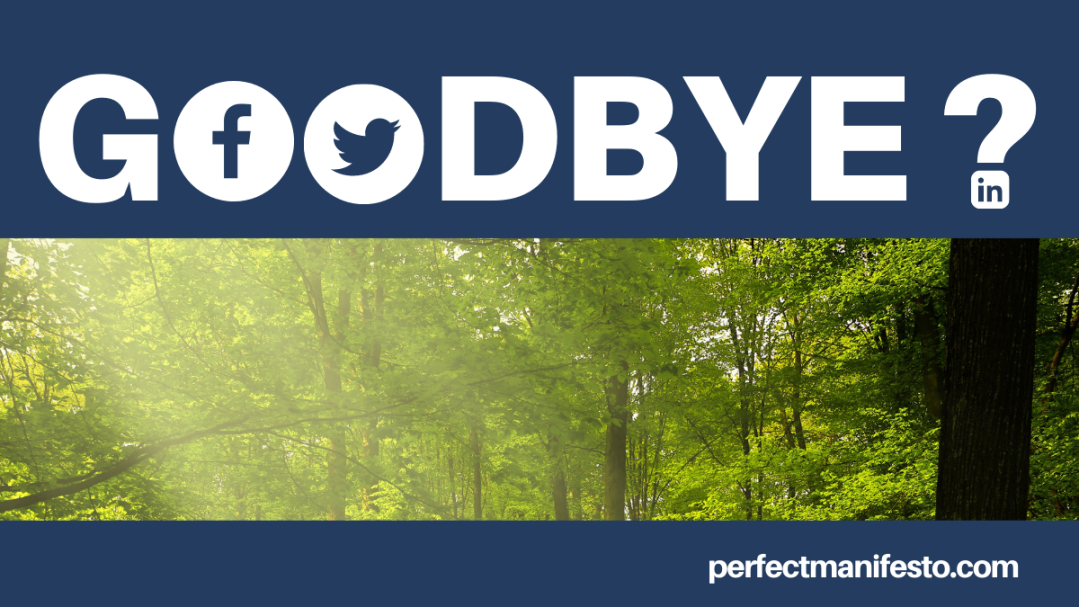 I Switched Off Social Media For 31 Days: How Did I Survive?

Last month I decided it was time for a switch off from social media. Throughout May I spent the next 31 days with the intention of cutting down on some platforms (YouTube), and having a complete switch off others (in a personal capacity) all together (Facebook, Twitter, Instagram, LinkedIn).

What happened during my social media break? Let’s have a look…

Why have a break from social media?

There are various reasons to have a break. My reasons were:

Taking time out from social media was an insightful experience and much needed. Because of the dependency I was showing to my phone, I wondered if I would be able to have a break.

How did I manage to stay off social media when I have to use it for my job?

Because my day job requires me to manage the team’s social media accounts, I would see what was happening in “trending” on Twitter. On occasion I would get caught in a click bait trap, following through on a headline without thinking, but I wouldn’t stay long as it reaffirmed what I already believed – it was trash.

Trivial information…, outrage…, my world isn’t enrichened by any of this content and I felt sorry for the smart, intelligent professionals on my timeline, being drawn into and getting upset over politics.

All this did was reaffirm that not being on social media was a good thing, and I debated when I returned would I have anything to offer others that makes spending time on social media a worthwhile investment.

It was an interesting conflict being required to use social media for my job, as it guaranteed I was using Twitter and LinkedIn 5 days a week.

Also during the month of May my team launched a massive social media campaign, which involved:

And when you consider I wrote a comprehensive post about how social media impacts your wellbeing, despite being switch off, it was an amusing irony I was more connected than ever with social media monopolising my thoughts!

The campaign turned out to be a massive success and I felt myself drawn into the rush of receiving lots of engagement and impressions. This was quite an addictive feeling that pulled me into keep in touch with what was happening.

“Engagement is the new cocaine”

In order to set a measurement of success, I defined what I was wanting to get from being off social media. The list below explains what these were and how I got on:

Being more attentive to my family

Because social media steals your attention, you are being robbed of observing other moments in your life, whether it’s being present to get involved in your children’s play, or dreaming from a window of a train and capturing a moment of a kestrel on it’s hunt.

Although I feel I have been more attentive, I hold myself accountable that I let myself get distracted by other pursuits. The message is clear – it’s on me to keep focused.

During those 31 days I’ve taken more opportunity to enjoy moments with my family – I even enjoyed seeing my kids watch TV just to see the expressions on their faces as they react to the content.

As much as I love blogging, it’s been a struggle to keep up – but keeping off social media wasn’t the solution I hoped it would be. There were odd wins – times I might be pressed against a glowing screen were replaced with a book, or doing some desktop research.

I realise how I use social media – in short bursts, isn’t suitable quality time that I use to write (I much prefer having a good hour+ of focus time).

To deal with being overwhelmed, I decided to stop stubbornly pressing on and take a blog break which has been beneficial to get me back on schedule and stop rushing on publication day!

Not feel down as much

“Do I experience mental issues due to social media, or do I use social media because of mental health issues?”

It was a question I pondered in my post asking whether social media was the evil impacting the wellbeing of the world.

From my own switch off, it’s questionable whether it makes a difference, and days where I suffered more stress and pressure, increased the chance I switched off from my surroundings and would bury my head in my phone.

But something was evidently clear – social media isn’t the place to go if you want to feel better about yourself!

Rely less on social media as a form of entertainment

From looking at Facebook to scroll through dumb memes, watching Instagram videos and scrolling through Twitter to read pointless platitudes and information I never asked, I’ve cut down on using social media as a void to keep a bored mind entertained.

During the 31 days I never missed on any of this, however from my work experience it reigntied my passion with Twitter and it made me want to come back and create more content rather than consume it.

Taking time off social media hasn’t been the solution to be more productive, but it has inspired me to going back to writing all my small jobs into a blue book.

Yes you are correct – this is not achieving small tasks, but it’s a start, and having time “off phone” allowed me the space to focus on other distractions like putting pen to paper and writing the list in the first place!

Just doing this will do wonders for my wellbeing as it takes the pressure of trying to remember all the things I need to do.

How successful was the social media experiment?

Although I slipped every so often, I don’t have a yearning appetite that calls for me to return – I  don’t feel like I’ve missed much, and what I did? Well as they say – ignorance is bliss.

Because of this I’ve learnt I’m not addicted to social media, and if we’re using the ability to stay switched off indulging in pointless information as a measure, then I would say I’m pretty successful.

There are warning signs though, I find I’m drawn to cues that get me scrolling – for example I went to use the timer on my phone to cook a steak, got distracted by a notification and forgot the primary purpose I had switched on in the first place!

That is why I turned off all notifications – though Instagram was a tryer, going back to old methods sending me an email to tell me about all the things I’m missing…

This emphasises the importance of getting your phone (or other electronic devices out of your sight), uninstall apps and switch off notifications – then if you still feel the urge find other tasks to distract you like reading, writing, housework.

Going forward I’d like to keep up the momentum from my cut back. I don’t feel a pressing need that I have anything to say, but when I do return I’d like to approach it with a bit more purpose and focus, rather than using multiple apps as timewasters to occupy my mind.

My next steps for switching off are:

As a final note I debated whether I was committed enough to delete a couple of my accounts, though after much contemplation during those 31 days I realised I wasn’t brave enough to lose a list of contacts accumulated over the years just yet!

Wishing you the best in your success.

7 thoughts on “I Switched Off Social Media For 31 Days: How Did I Survive?”